Why not join our Facebook group for updates and latest news?
23/10/2020 Our first rehearsal in our own band room since March...

On Friday 23rd October, a small group of band members managed to safely rehearse in the bandroom for the first time since March.  With a strictly-followed set of attendance instructions, and social distancing rules observed at all times, we continued with our rehearsals of new repertoire.
04/10/2020 Bandroom refurbishment continues apace - huge thanks to all volunteers! 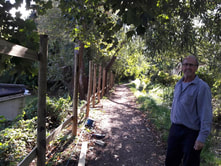 Although we haven't been able to rehearse in the band room, it has been far from quiet.  Various volunteers have been conducting refurbishments over the last few weeks and months.
06/09/2020 A tentative re-start to rehearsals! 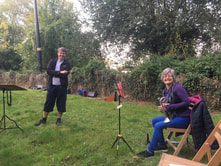 On Sunday 6th September members of the Senior Band took advantage of the good weather, and a thorough risk assessment by our Safeguarding Officer, to have a socially-distanced outdoor rehearsal.  This was the first time we have managed to play together since the Area Contest in March!  An enjoyable time was had by all.
​This was followed by a second outdoor rehearsal on Sunday 27th September. We are already starting to put together a new repertoire to play as soon as circumstances permit.
15/05/2020 The band plays together - virtually!

Even through we can't rehearse together, thanks to technology we can still play together.  Members recorded their individual parts for "Shut Up And Dance" which were edited together into a synchronised performance.

You can watch the result on our band YouTube channel here
10/05/2020 Recordings from the Innovation 216 'Concorde' concert
Recordings from the Innovation 216 concert at Aerospace Bristol are now available on the Media page of this website! Many thanks to Dave Jury of Dean Radio for providing them.
24/04/2020 Have you seen Kerry's Tuesday Tips?
Are you struggling to keep a practice regime going during the Coronavirus lockdown?  Are you lacking inspiration? Have you seen the excellent instructional videos Kerry has been making to help us stay in practice whilst we're all at home? So far Kerry has given us expert tutorials on Sound, Tonguing, Listening & Aural, and Breathing.  Check them out on Facebook or the Media page of this website!
09/04/2020 Show your support for the NHS - Somewhere Over the Rainbow at 8pm on Thursday Join together with fellow musicians across the country and play Somewhere Over the Rainbow to show our thanks, support and appreciation for NHS workers, at 8pm on Thursday - hopefully whilst your neighbours are clapping!

Check out our Facebook group for videos of band members taking part last week.
Why not video yourself playing next time and share it with the band?
08/04/2020 Informational Update for Band Members and our supporters
Rehearsals remain suspended until advised otherwise. This suspension will remain until Government guidelines advise we can return. Engagements for April, May and June have been postponed or cancelled accordingly. Please keep an eye on the EVENTS page where details of our engagements are frequently being updated. Go to our Facebook group for Kerry's Tuesday Tips to keep you playing whilst we wait for conditions to return to normal.
24/03/2020 Lydney Town Band announce Thomas Dunne MMus. as Musical Director 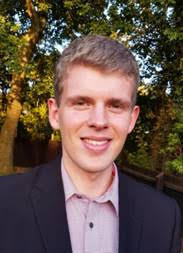 Lydney Town Band are pleased and proud to welcome Thomas Dunne MMus. as Musical Director with immediate effect.
​
The Town Band will continue its ongoing development by bringing players together within our organisation to compete and perform in concerts under the new direction from Tom.
The enjoyable association with Siôn Rhys Jones will continue as it was obvious the band worked well with Tom and Siôn during the build up to the Area contest. It was very apparent that we enjoyed it and that's a key part of the band's development.
We will continue to work hard to fill the 'gaps' in our line-up to ensure we have a full team.
16/03/2020 Lydney to compete in the Third Section in 2021
It has been confirmed that in 2021 Lydney Town Band will be competing in the Third Section of the WEBBA Regional Championships.  Band Chairman Kevin Ford noted that there will be many positives from the move and that the last two years of competing in the Second Section has given the band a strong foundation of experience with which to move forwards.
14/03/2020 Lydney competes in the WEBBA Regional Championships
Following nearly three months of preparation, guided by Tom Dunne and Sîon Rhys Jones, Lydney Town Band competed in the Second Section of the WEBBA 2020 Regional Championships in Torquay.  The band, conducted by Sîon, achieved eleventh place playing The Golden Sabre by Kit Turnbull.  The adjudicators particularly noted the band's strong opening of the piece as well as complimenting the playing of the euphoniums, trombones and percussion at various points.  Prior to the performance Band Secretary Kerry Ford presented Tom with a bottle of wine, and Sîon with a copy of Wright and Round's Hymn Book score which was signed by the band, as thanks for their hard work and dedication to the band.
15/02/2020 Lydney Training Band plays under the wings of Concorde! 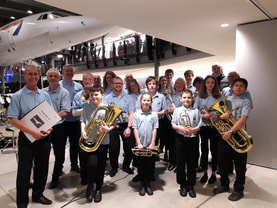 This evening Lydney Training Band joined with Lydbrook, Lydbrook Training, and City of Bristol Learner bands under the direction of Ian Holmes, to perform a number of aviation-themed pieces including 633 Squadron and Those Magnificent Men in Their Flying Machines. The finale of the evening was a performance of Liz Lane's specially commissioned piece, Innovation 216 which saw the bands team up with the singers from six Bristol-based choirs.
​
Read 4 Bars Rest's write-up of the event here.
08/02/2020 Lydney Town Band announce Sîon Rhys Jones as guest conductor for the area contest 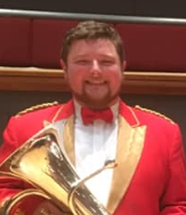 ​With the regular conductor, Kevin, moving onto Solo Horn for the contest, the baton was passed to Thomas Dunne. Under his expert guidance work has started in earnest and the piece is coming
along nicely. However Tom has other banding commitments on the contest day so we have engaged Siôn Rhys Jones (left) to conduct the band. Siôn is Euphonium of the famous Cory Band and also works for Gwent Music. He also conducts a number of ensembles.

With the Training Band continually improving, having won the GBBA contest for the past two years, things are looking good for the organisation. It's all due to the wonderful team spirit we have.
02/12/2019 Starter Band Christmas Showcase at Goode Court, Lydney 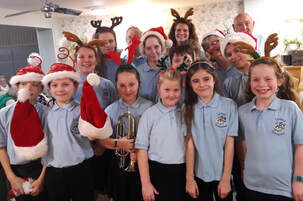 The Starter Band played its last concert of 2019 at Goode Court Residential Housing on 2nd December. The Band played four pieces and many solos — a great way to develop their performance skills and provide a great experience.

The soloists performed really well and we were very proud of them all. Thank you to Ken and Roger Powell for their wonderful support. Special Thanks to Mrs Caron de Burgh for accompanying the soloists.
27/10/2019 Annual Brass & Percussion Workshop conducted by Ian Porthouse 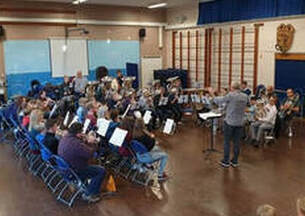 This was a really enjoyable, fun day for 48 delegates.  Ian Porthouse as conductor was assisted by excellent tutors - Leanne, Ross, Tom and Steve.  What did 4Barsrest, the most visited brass band website, have to say about our latest workshop? Click here to find out.

Look out for our 2020 Brass and Percussion Workshop this October - details TBA!